Your Date Is Here – 6min / Directed by Zak White & Todd Spence / After dusting off an old Mystery Date-style board game, a mother and daughter realize the game holds more evil than amusement.

Unto Death – 8min – Director: Jamie Hooper / UK / Unto Death is a Gothic horror drama about a priest struggling with his faith after something seemingly impossible happens to his partner. It explores religion versus love, and how much faith people have when it conflicts with something they know to be true.

​The Follower – 79min – Director: Kevin Mendiboure / Young Youtuber David Baker is invited by Carol, a lonely woman, to investigate supernatural occurrences in her home. But it takes a turn as he slowly uncovers that things aren't what they seem.

​The Gift – 19min – Director: Tom Ryan / A prostitute running from the scene of a crime seeks refuge in an old antique store. The mysterious shop keeper listens to her story and offers her a second chance at happiness in the form of a gift.

​The Keys – 17min – Directors: Amanda B. Goodman & Seth Panman / Queens  / A NYC real estate broker with a haunted past has an unexpected first day on the job when he meets a client who changes the course of his day.

​The Dark Hunger – 15min – Director: Anthony Williams / Chicago / They took away his memory and his life, but gave him something worse in death. Now he must embrace the monster he’s become to regain his humanity.

​The Sin Reapers Halloween - 9min – Director Matthew Forte / NY / Halloween time is here and Jared Scrimm and Pandora Crane are ready to bring up their own tricks and treats. The Sin Reapers help the soul of a young woman who was murdered on a Halloween night by the Babyface Killer.

​The Snowman’s Hat – 3min – Director: Jeff Draheim / “The Snowman's Hat” is a stop motion short film about the lengths a Snowman will take to retrieve his beloved top-hat.

​The Moose Head Over The Mantel – 89min – Directors: Rebecca Comtois – Bryan Enk – Matt Gray – Jessi Gotta – Shannon K. Hall – Jane Rose / Queens / Displaced from their apartment in the city, Lillian Hoffhienze-Bachman and her husband Jay are offered the previously abandoned Hoffhienze family home. But this lucky break soon turns into horror as a century's worth of abuse, dysfunction and violence is revealed. Lillian becomes consumed with her sordid ancestry, terrified that the past might dictate her son's future.  Each Hoffhienze generation stained the home with its own indelible mark, leaving it scarred by the remnants of their evil. 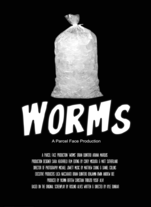 ​​The Lurking Man – 90min – Maritza Brikisak (Writer) 'Cailean' started drinking very young in an effort to forget a childhood trauma. She became a functioning alcoholic. Had a happy family and life until one day an accident in the playground took her control away. Her drinking is now destroying her and her family. Her attempts to recovery continue to fail, the last one sends her to the ER and is now on her deathbed. Death has been watching her all her life and now sees this as an opportunity, breaking the rules he takes her soul before she dies hoping that by exposing the forces that manipulated and consumed her soul will concede her to accept his offer. 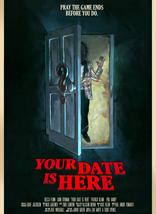 Worms – 15min – Director Kyle Dunbar / Canada / Lloyd believes there is something in his belly that should not be there. Desperate for answers, he takes matters into his own hands.

The Candle – 9min – Director: Rene Ashton / CA / Ryder makes a wish for all of her dreams to come true, but she didn't realize it included her nightmares.

​The Devil’s Cut – 14min – Director: Phil Kral / A film maker is hired to edit together a cursed film.

​The Ningyo – 27min – Director: Miguel Ortego / CA / A Faustian tale about losing oneself in the process of achieving our goals.  Episode One:   Professor Marlowe finds a piece of a map pointing to the place where the Ningyo, a mythical Japanese creature, could be found. The legend claims whomever consumes its flesh will attain remarkable longevity. He presents the project to his peers, who mock and dismiss him as a fraud. He decides to risk everything and go after the Ningyo on his own in hopes to bring to light what could be one of the greatest contributions to science. What he could not anticipate is that, in his search, he is confronted with a choice that puts the very foundations of his morality to the test.

Walk With The Devil – 16min – Director: Alison Hall / MASS / In a world where the Devil plans your fall, an abused young sex slave must choose between kidnapping an innocent girl for her pimp or suffer the deadly consequences of her disobedience.

​The Madame In Black – 24min – Director: Jarno Lee Vinsencius / Sweden / After playing the infamous urban legend game "Madame in Black", Alex and his sister, Emma, experience the wrath of the evil witch Madame in Black.

Up And Arise – 22min – Student Film – Submitted & Directed by: Raanan Berger / Israel / Likey is a man who was raised by his Master as a dog. When he succeeds to escape from his Master's home, he discovers that the outside world conducts itself differently than we would aspect.