Our Macabre Faire events and Film Festival have a reputation for being a very friendly environment with a wonderful celebratory ambiance within an intimately sized space. If you are a person who needs to be at an event with 1000's of people in a large space where you may need to attach a GPS on your friends & family so that you can find each other quickly and easily... then we may not be the event for you. However, if you prefer an atmosphere that runs steady... you enjoy costumes... you love movies, music, Halloween and fun non pressuring vendors... you genuinely enjoy making new friends... you appreciate everything being within close proximity including the bathrooms... and are comfortable around a few hundred macabre loving fans like yourself... then we may be the event for you. Here's what Fox 5 News had to say about it:

For starters the word "Macabre" is pronounced: Ma-Cob.

The "re" is hardly ever heard. What does it mean?

Although it is an adjective meaning: disturbing and horrifying because of involvement with or depiction of death and injury, we usually approach the Macabre Faire Film Festival with a lighter touch in the sense that, not all of the films screened have been a gore fest. Of course, there isn't anything wrong with adding some gore to your film but, when we hear the word "Macabre" we remember those hauntingly fascinating films that starred legendary greats such as: Vincent Price & Peter Cushing. Or those fantastic Gothic horrors like those from "Hammer" films. These names in themselves represent what "macabre" means to us. What we are saying is that the word "Macabre" DOES NOT mean we only accept HORROR films but instead that we welcome those films that can tap into our fears through what you don't see or hear. Films that fall in the "Dark Drama, Mystery, Suspense, Thriller and Dark Comedy" can also touch upon some elements of fear/horror and so we embrace those as well. Of course, let's not forget those fantasy films or comedies with their horror twists. Truth be told that those exist too and yes, we welcome them. How can we not? Would you have turned down something like "The Evil Dead's: Army of Darkness" which is both a fantasy, a comedy and a horror wrapped into a tight burrito? Yeah, we wouldn't either. So folks, this is what many of the films selected for the Macabre Faire Film Festival offer.

About the only thing we may have to say "No Thanks" to would be a romantic comedy/drama... unless, there's a monster under the bed during love making or other dark element ingredient that can take the viewer to the other side would we then consider. All submitted films are pre-screened by select judges to ensure the films have followed guidelines and are an overall fit for the festival. Then the films are passed on to another set of judges consisting of filmmakers, film critics and or seasoned actors to identify the Official Selections. Once these selections have been identified there is an additional judging process in collaboration with the original pre-screening judges to identify the different category nominees. 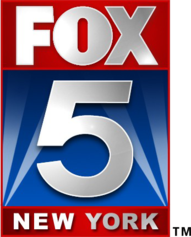